The default theme for Telligent Community includes responsive adjustments to some widgets via the handheld.less stylesheet and media-query-based overrides for specific widgets. These changes may rearrange content for smaller devices or text size or spacing adjustments. An example of this is the Forum Thread List widget that adjusts the amount of information shown and the layout of listed threads between large browsers and small browsers: 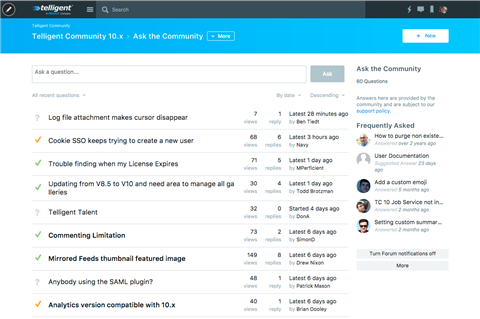 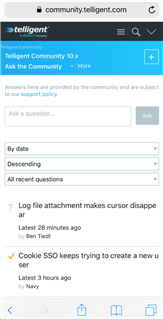 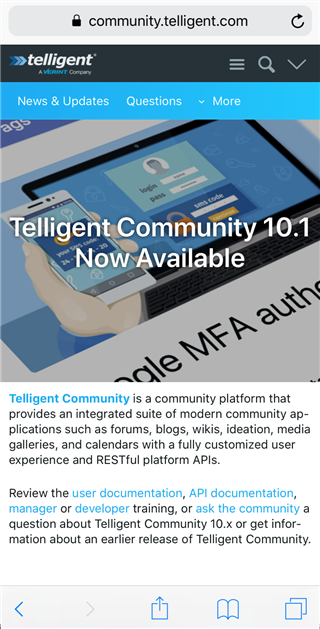 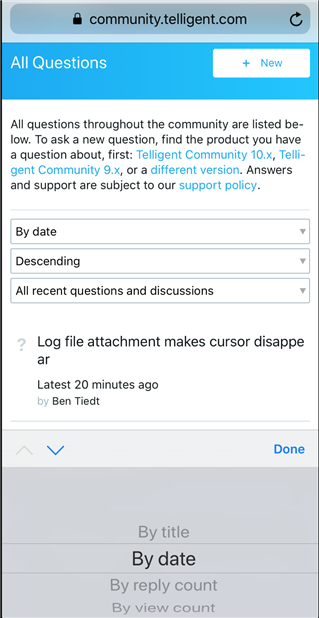 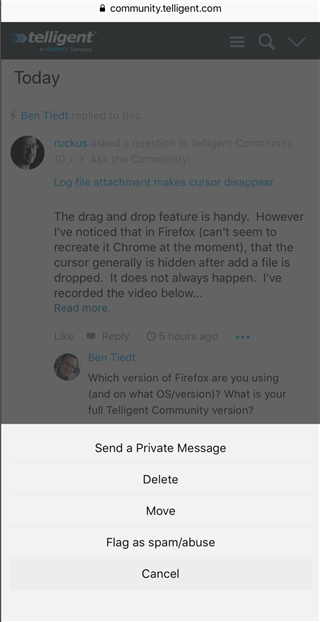 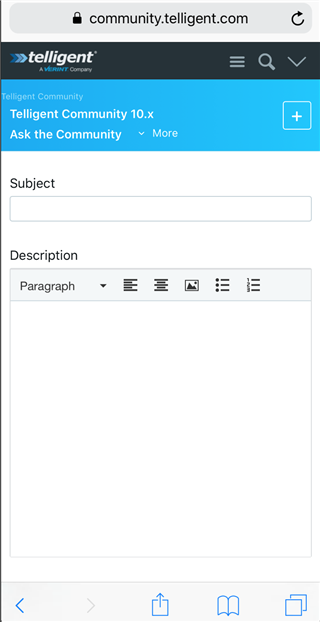 The minimum site width is configured by navigating to the site theme (for example, the site homepage or a member's profile), Manage > Manage Site Theme > Edit this Theme > Wrapping Formats: 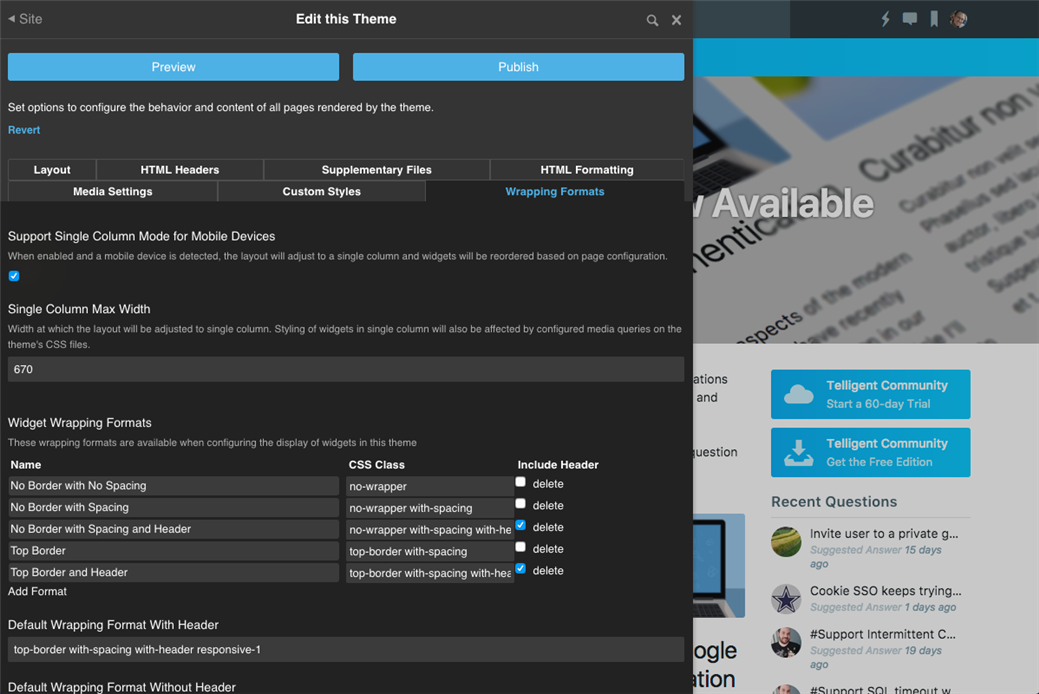 The Support Single Column Mode for Mobile Devices checkbox enables reflowing to better arrange content for small screens and the Single Column Max Width is the width at which the layout will be reflowed into a single column. If you adjust either of these settings, be sure to start a preview workflow or click Publish to apply the change immediately. 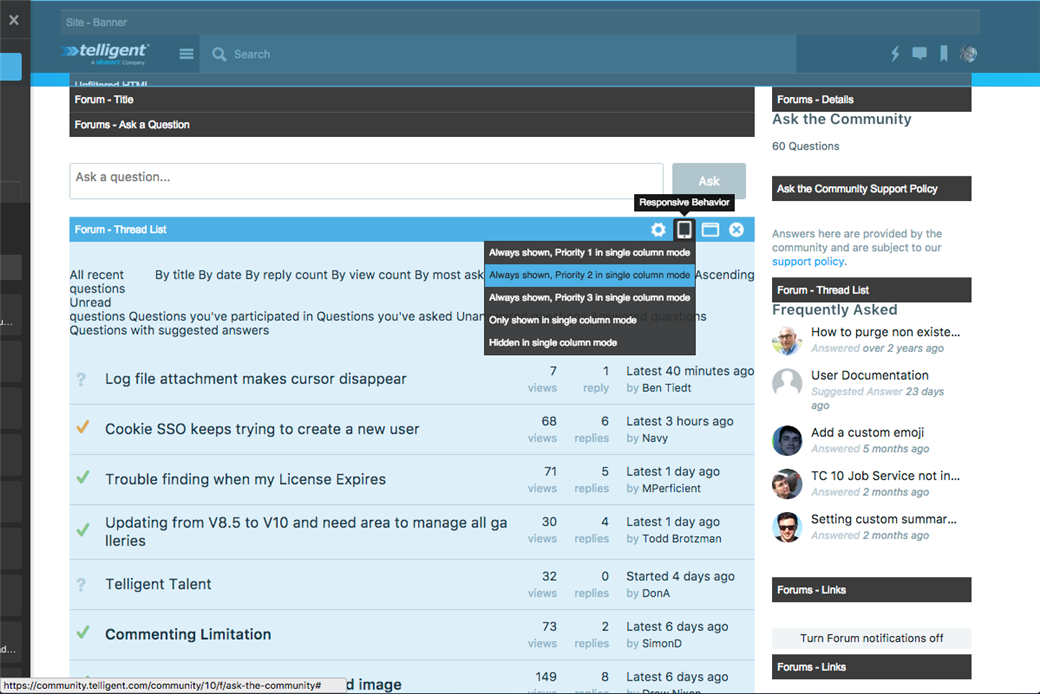 This option provides a list of responsive options for each widget to control reflow behavior: