There are multiple rules of inheritance that are possible in UI rendering related to theming.

Theme types are the types of contexts that are interpreted as uniquely themeable. In Verint Community, there are three theme types:

Theme types are defined by instances of the IThemeableApplicationType plugin. In the definition of theme types, inheritance rules are also defined. For the default theme types, the Site inherits from no theme, Group themes inherit from the Site theme, and Blog themes inherit from the Group theme. These relationships are defined by the IThemeableApplicationType implementation, but individual themes decide when to inherit and how far up the chain of inheritance to inherit using optional configuration when rendering theme components in the theme's head and body scripts.

All headers, footers, and pages have up to three versions within Verint Community: 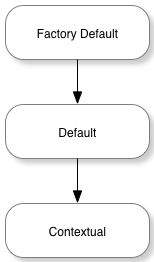 The factory default represents the original implementation that is used if no edits have been made within the community UI. After installing Verint Community, all pages that are rendered are from the factory default version of the theme.

Some theme components can also be inherited. Headers/footers and pages are inherited differently. 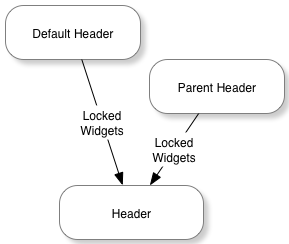 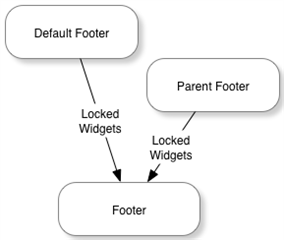 When rendering a header or footer, first, any locked configured widgets from the default implementation are merged into the header/footer. Next, if the theme identifies that parent headers/footers should be inherited from the parent theme (via the InheritContentFromParentDepth option when rendering headers and footers in the theme's body script), the parent's configured widgets will also be merged into the header/footer before rendering. 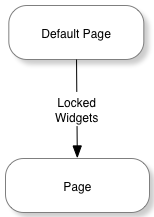 Note that when merging widgets due to inheritance, only locked widgets are merged. Locking is an option when editing the default version of a page or when editing headers/footers.

When a descendant theme defines configuration options with the same id and dataType as an ancestor theme, the descendant theme will inherit values from the ancestor theme until it makes its own value selections (that are different from the ancestor). For example, if a site and group theme defines a property for the background color, the value defined at the site level will also be represented in the group theme's configuration until the group saves a value for this property that is different from the site.

When reverting similar properties, the descendant theme values will revert to its ancestor's value if a value exists.

Note that configuration inheritance does not require that each intermediate parent define the same options. It is possible, for example, that the site and blog theme could define similar configuration properties that are not exposed at the group level. In this case, the blog would still inherit values from the site, even though the group (the intermediate ancestor) does not expose a similar property.

To make it easier to rebrand child themes which inherit most of their styling from their ancestors, Verint Community implements reverse inheritance for LESS and CSS files. When rendering references to LESS/CSS files within a theme (including inherited LESS/CSS files), the LESS/CSS file will processed with respect to the current theme context when accessing configuration values and not from the context in which the LESS/CSS file is defined.

Prior to the introduction of LESS/CSS reverse inheritance, this same scenario would have required a matching set of CSS overrides defined in the group theme to address all of the usages of the background color in the site theme. These overrides, since they were disconnected from the site theme's implementation were difficult to define (especially if the background color was used within multiple LESS directives for different purposes) and difficult to maintain (since any change to the usage in the site theme would  need to be applied to the group theme as well). With LESS/CSS reverse inheritance, there is no need for override CSS, no override CSS to maintain, and the platform optimizes when a custom group-scoped version of the site's CSS/LESS file is required (it's one configuration property definition versus a configuration property and a significant amount of custom CSS).