Telligent Community 10.x
User Documentation What is an Achievement?

What is an Achievement?

An achievement is an outward-facing indication that a user has completed a milestone, such as gaining a number of likes on a post or answering questions -  in other words, has completed one or more specific actions - rather than simply accumulating points for every action. Thus, achievements are a better demonstration of expertise and credibility than ranks might be.  Achievements are administered within Administration > Membership > Achievements. Achievements can be awarded or removed. 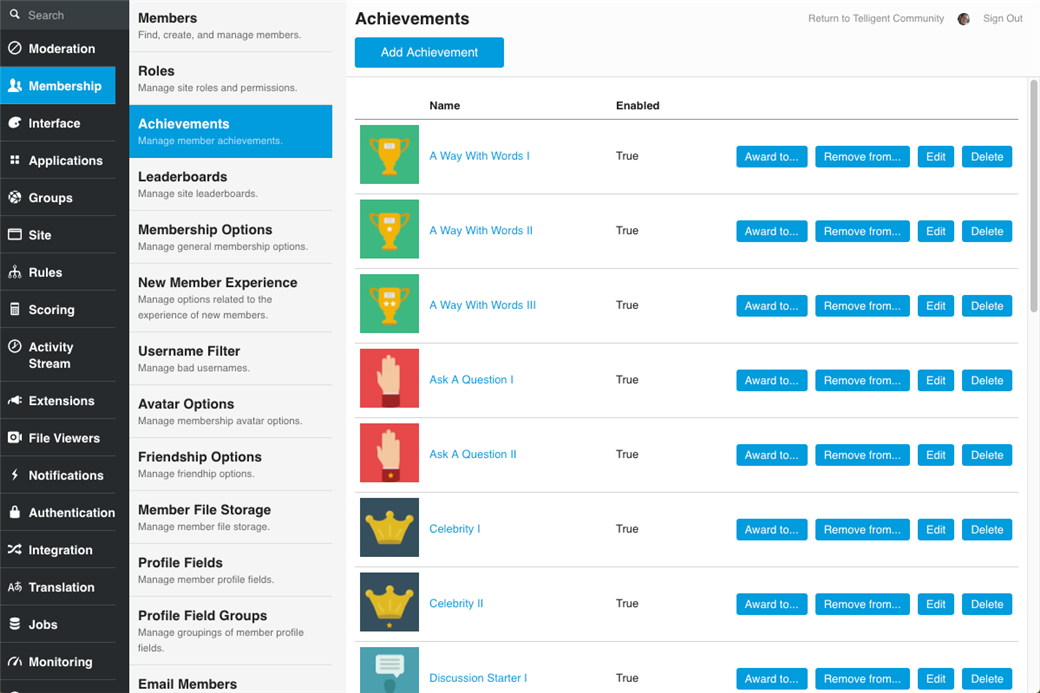 Achievements are based upon rules

Achievements, which are configured in the Administration panel, are supported by rules (in Administration > Rules). While you can create an achievement, name its criteria, and upload a badge for it, it still requires a rule to enact giving it. For example, the "A Way with Words I" achievement is awarded for receiving 25 likes on a blog post. The rule supporting this achievement comes configured out of the box. However, if you were to make a new achievement, you would also need to create the rule that awards the achievement.

Out of the box achievements

Telligent Community includes a number of default achievement rules and badges out of the box. This initial list can be adjusted to meet the needs of a community.

A user's achievements are displayed in three places: